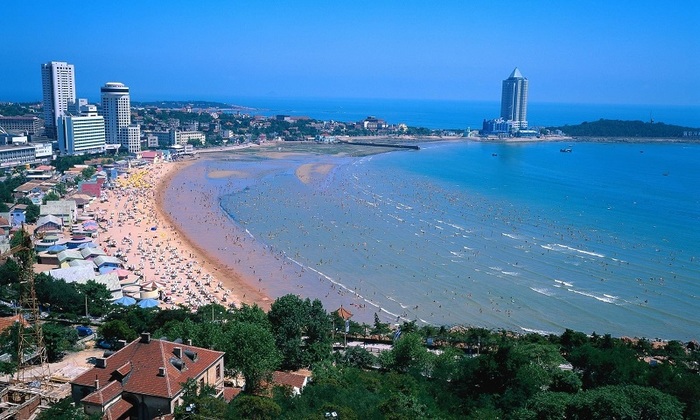 Dalian is a port city on the Liaodong Peninsula, situated on China’s Liaoning Province. With the Yellow Sea to the East and the Bohai Sea to the West, Dalian boasts a coastline of 1,906 km and is home to many stunning beaches. Hence, this city is famous as a summer resort in China for tourists from the country and neighboring countries like Russia, Korea, and Japan. Dalian was also recognized as “China’s best tourist city” in 2007 and Hangzhou and Chengdu. Plan your beach vacation in Dalian and book cheap flights with IEagle!

Here Are The Famous Beaches In Dalian You Must Visit!

Golden Pebble Beach or Jinshitan Beach is a part of the Jinshitan Scenic Area, also known as Golden Pebble Beach National Resort. Located about 31 miles from downtown Dalian, this beach is known for its delicate and soft sand, crystal clear water, and a long coastline of about 30 km. The pink rocks, golden stones, unique rock formations (resembling different creatures like camels, dinosaurs, turtles, birds, etc.)made this beach in Dalian famous as the “Garden of Stone.” 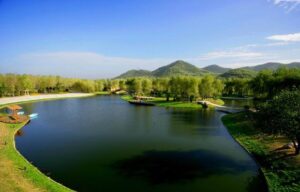 There is a lot to explore at the resort — it has a golf course, a hunting ground, a flower exhibition hall, the Chinese martial arts hall, the house of wax, etc. Jinshitan Beach in Dalian also hosts various annual activities like the International Beach Culture Festival, the International Winter Swimming Festival, and the Grape Garden Party.

Fujiazhuang beach is a hugely popular and heavily crowded beach in Dalian. You’ll see thousands of people at the beach — some relaxing on the beach sand under colorful tents, some cooling off in the waters, and some others enjoying boating, surfing, fishing, etc. It is considered one of the four main bathing beaches in Dalian whose unpolluted water is so clean that you could see clearly up to a depth of 3 meters. Fujiazhuang beach can be found along the Dalian Binhai West Road near the Dalian Forest Zoo. If you are a coastal food lover, you’ll be pleased that several restaurants near the beach offer a real seafood treat! 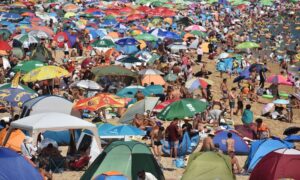 Most of the famous beaches in Dalian are scenic coastal parks or holiday resorts, and Tiger Beach is no exception. Situated on the southern coast of Dalian, Tiger Beach Ocean Park / Laohutan Park is a 5A rated scenic spot and the favorite recreational site for the locals. Sprawling across an area of 1,180,000 square meters, Tiger beach in Dalian looks beautiful with green mountains, rocky outcrops, and a winding coastline running more than 4,000 meters. It is also the most significant modern lido in China. 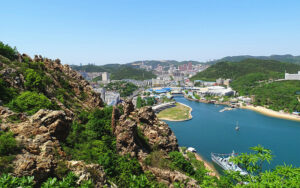 At the eastern end of Binhai Road, about 9 kilometers from the city center, lies Bangchuidao Beach. It is a constituent of the Bangchuidao Scenic Area surrounded by hillsides of pine and cypress trees. The picturesque scenery of Bangchuidao Islet featuring sandy beaches, cliffs, green mountains, wild flowery gardens attracts travel photographers! Sunset at the beach is simply unmissable! 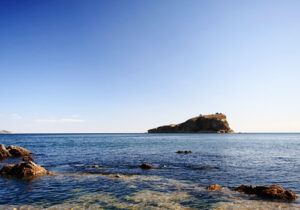 Unlike other beaches in Dalian, Bangchuidao Beach is relatively less-crowded, so it is perfect for a peaceful beach holiday. Stroll on the sandy section of the beach and root for pebbles in the pebbly area. Bangchuidao Hotel offers many facilities such as a golf course, tennis court, swimming pool, etc.

Festivals to Enjoy in Bali

Ways of Getting Your Unique Bird Feeders

Taking The Mystery Out Of Shopping For Furniture Online